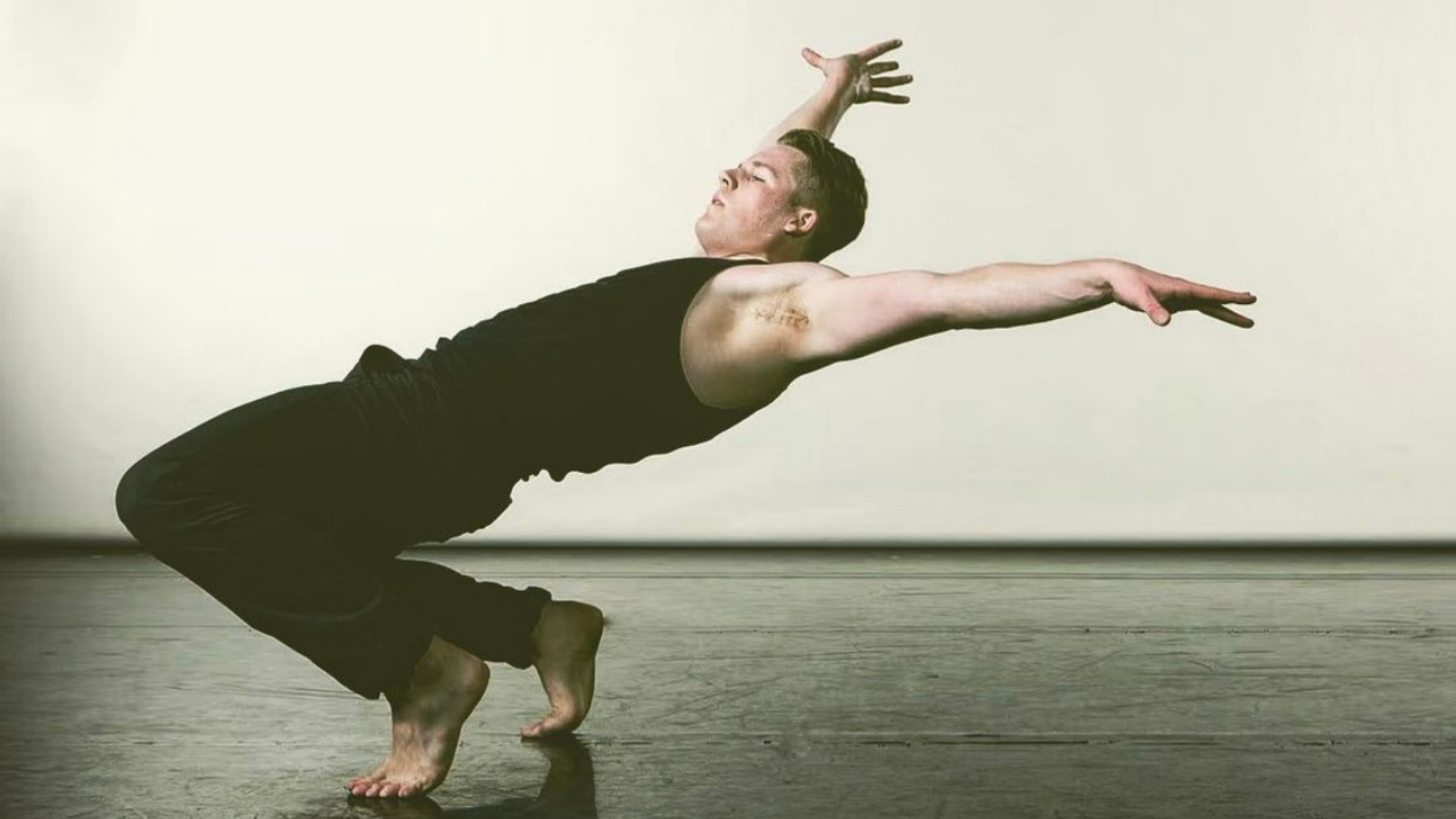 From Lakecrest Performances to Global Audiences

Our alumni continue to make meaningful contributions to society in many different and interesting ways. The focus of this article is an alumnus who is a professional dancer/choreographer. We recently caught up with the newly minted Theatre Arts major Mr. Philip McDermott for a Q&A about what he is up to now and reflections on his education at Lakecrest. Mr. McDermott attended Lakecrest from K-9 and graduated from the school in 2012.

Philip Andrew McDermott was born in St.John`s, Newfoundland in 1996. Having trained from the age of four at Marie Steffen School of Dance among others, he first established his career working with local companies such as TADA Productions, Quidi Vidi Rennies River Development Foundation, and Neighbourhood Dance Works.

What are you doing now?

Currently, I am living in Labrador City and working as the director of the DanSing Performace Studio. I have been running the performance arts school here for three years now and I love it. It has been very fulfilling.

As a continuing performing artist, I am constantly working on different projects.  For example, most recently, I am working on a contemporary modern dance duet performance called “Forcefield”. The project has been supported in partnership with the Canada Council and Newfoundland Art program. The production tells the story of living through the pandemic and adjusting to a new normal. Once we film the production at the Arts and Culture Center in Labrador City on the 7th of July our team has aspirations to perform this piece across Canada.

See the full performance below:

Can you recount your post-secondary journey? What did you begin studying and why? How did your journey change and evolve over time?

Upon completion of my schooling at Lakecrest in 2012, I moved to Gonzaga High school where I later graduated in 2014. Upon my graduation from Gonzaga, I immediately auditioned for the School of Toronto Dance Theater and I was accepted into the school that year. I attended the Toronto Dance Theater for three years coming out of the program with a diploma in performance and dance technique, which also included a bit of dance history and anatomy.

While living in Toronto and attending the school, I started working professionally with local companies like Citadel + Compagnie, Toronto Heritage Dance, and Kinetic Creations. With these companies I would tour both locally and internationally to perform at local festivals and events.

What has been one of the most memorable/ proudest moments in your professional dance career?

One of the proudest moments in my dance career so far was when I was working with Citadel+Compagnie where I got to perform at the hundredth anniversary of Vimy Ridge in France. We performed several times there and we even made a documentary about it called JUSQU’À VIMY.

The full JUSQU’À VIMY documentary can be viewed below:

Do you think Lakecrest’s music and arts program influenced you to move forward in your career today?

Yes. Definitely. I think Lakecrest encouraged the uniqueness in me. I also believe they encouraged me to do stuff outside the school programs and I was really successful in that. Angela Warren was my teacher at the time and she was definitely a big help in getting me to where I am today in my professional career. I remember that she was so supportive of what I wanted to do.

How long have you been a dance instructor/choreographer?

What lasting moments or memories stand out to you to this day, from your time at Lakecrest?

Growing up with dyslexia and a processing disorder, it was such a challenge to master my academics and be able to overcome the journey of graduating from Lakecrest. It was very remarkable for me. I remember feeling overwhelmed with joy as I knew from here I would be set up to succeed in Highschool. Once I got to high school (Gonzaga High) it was very different. I scored straight A’s all the time. The curriculum was actually easier and I was excelling even more. I graduated from Gonzaga High School with the Star Student of the Year Award.

Another memorable moment was just being a part of the Lakecrest community. The community was amazing. I’m still in contact with some of those members today.

Lastly, still to this day, I cherish the friendly and welcoming environment that Lakecrest gives its students. The principal at the time (Mr. Ron Pelleran) would greet us students, each morning. I remember him waiting outside the front doors for all the students to arrive in the morning and greet each of us. I later realized that not many other principals in other schools did this. It really showed that he cared about the students.

Looking back, do you think Lakecrest prepared your post-secondary endeavours in the theatre arts school?

Definitely. My Teachers gave me the structure and discipline to go ahead with my post-secondary education. The Lakecrest program really strived for excellence. It was ingrained in me even upon graduating from Lakecrest. Even though I struggled with it in the beginning, because I was taught at an early age how to form strong work habits the overall result really helped me excel in my post-secondary education.

Did Lakecrest prepare you for life outside of school?

Definitely. I think the idea of community was so strong at Lakecrest that being able to learn how to communicate with other people from different religions, ethnicities, and genders, was in my nature already. Throughout my time at  Lakecrest, being a part of such a diverse network of people and ethnicities who all came to Lakecrest – everybody was accepted. It really helped to prepare me for life outside the classroom and in my professional life.

What sets Lakecrest apart from other schools offered in Newfoundland and Canada?

I would say the small tight-knit community. And the family-oriented community. I would also say the expectation of achieving was so great, the teachers and staff wanted the students to succeed. The teachers genuinely care about the student body.

My mother was actually a teacher in the public school system, and still, she chose to enroll me in Lakecrest because she knew I would get the one-on-one attention that I needed for my learning disabilities. The investment to Lakecrest was substantially better for my own growth than if I was enrolled into a public school system where I most likely would not have developed the disciplined work ethic that I have today.

What wisdom can you share with current Lakecrest students who have a passion for theatre arts and or/dance?

I would say to not be afraid of the unexpected or the uncertainty. When I teach younger kids I always say don’t let fears become the boundaries of dreams. And I’ve always lived by that quote. And it has propelled me to take chances and not be afraid. You never know where you are going to end up and you never know who you’re going to meet, what you’re going to do. And let the unexpected surprise you and roll with it.

I think to speak specifically to the Lakecrest students, just know that your time will come.  I remember feeling antsy about getting out of school, I didn’t want to finish school but it really made a difference in my life.

Thanks to Mr. Phillip McDermott for his contribution to this article. 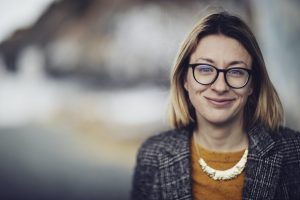 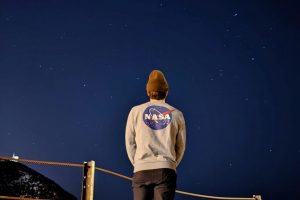 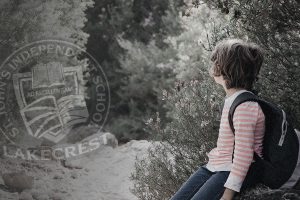 THE CHOICE FOR THOMAS