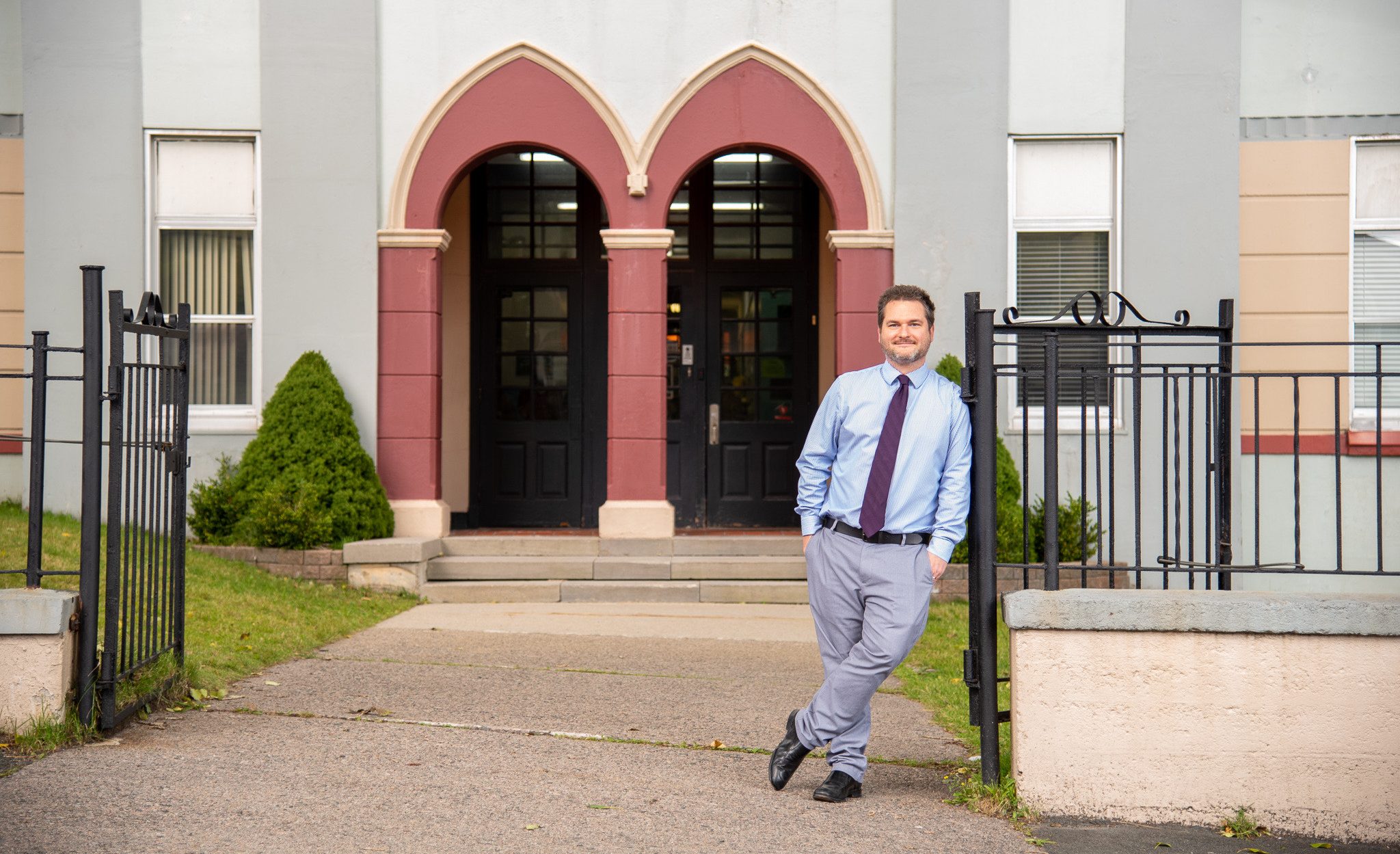 Now that things have settled into our ‘new normal’ at Lakecrest, I thought it was a good time to take a step back and describe the journey which brought me to this amazing school.

People may have noticed from my bio that I have been international for the majority of my career. I started my education at York University in Toronto, majoring in History and Spanish, and included a gap year to Barcelona, Spain, during the course of my studies. After graduating and deciding to go into education, I pursued my teacher training in Auckland, New Zealand, where I lived and taught for several years. I also spent time living and studying in Europe before ending up in China at my previous school, where I worked for ten years.

The school I previously worked at was a New Brunswick-accredited school, and during my time there, we became an IB Continuum World School. Our enrolment increased during my time from 250 students to over 900, in large part due to the new campus we opened, but also due to the prestige of being the first IB Continuum School in the city. I was able to experience first-hand how bringing in the IB changed our students, and how much further along they progressed when they continued to study and learn within the IB context and philosophy. By the time the students were in Grades 11 and 12, they were learning first and second-year university content. I became a believer in the IB and its impact on students, which is what ultimately brought me to applying as Head of School at Lakecrest. My wife and I had decided to return to Canada after so many years abroad, and the fact that the only IB PYP-accredited school in all of Eastern Canada was looking for a Head of School, and that school was located in my wife’s home province, seemed too good to be true.

Our Journey to Lakecrest

My wife, Krista, is from Holyrood but went to university in St. John’s before transferring to Halifax to finish her degree. Her home has always been important to her, so when we were married last summer, we both knew St. John’s was the location we wanted to become husband and wife. We actually met while living in China, with her joining my previous school one year after I started there (she taught Grade 3 PYP homeroom and eventually became the PYP Math Coordinator, and I was the IB DP Coordinator and then Middle/High School Principal).

Lakecrest Has Something Special

As my wife and I had both experienced working within small and large school communities, we were in agreement that a small, community-focused school was where we hoped to go next. In my research into Lakecrest, it certainly seemed to fit well with what we were looking for. Throughout the interview process, involving various members of the Board, parent and school communities, I felt that I got to know Lakecrest better and better, and knew this was the school I wanted to work at next. Each person I met was friendlier than the last, and I’m very honest when I say that that impression has continued now that I’m Head of School here. The students, the parents, and especially the staff, are an amazing group of people that I’m genuinely appreciative to be a part of. The Lakecrest community truly is something special, a fact which was never lost on me, and continues to impress me every day as I get to know more and more of its stakeholders. The Board truly cares about our great school, the teachers are some of the best I’ve had the privilege of working with, and the students are beyond compare.

I know this year hasn’t been easy for any of us, but I believe Lakecrest has done a great job of preparing and weathering the storm of COVID-19, building off of the foundation of remote learning orchestrated by our amazing Interim Head of School, Ms. Gina Parsons, and the hard work of all the teachers here. The Medical Task Force was another incredible part of our school community and showcased how fortunate we are to have so many dedicated parents at our school. How smoothly things went in September is a testament to our entire parent and student community, as each and every one of us had a role to play in ensuring we abide by our new guidelines and do our part to keep Lakecrest safe.

I feel genuinely honoured to have joined Lakecrest, and to have been fortunate enough to be a part of such an amazing community. This year and all its challenges will eventually be over, and we’ll set our sights on the next phase of Lakecrest’s journey. I’m excited to see where it takes us, and know that we’re in great hands with the incredible people we have here at Lakecrest: School of Choice.

Interested in learning about Lakecrest, Newfoundland’s only School of Choice?

A Message from the New Student Council President